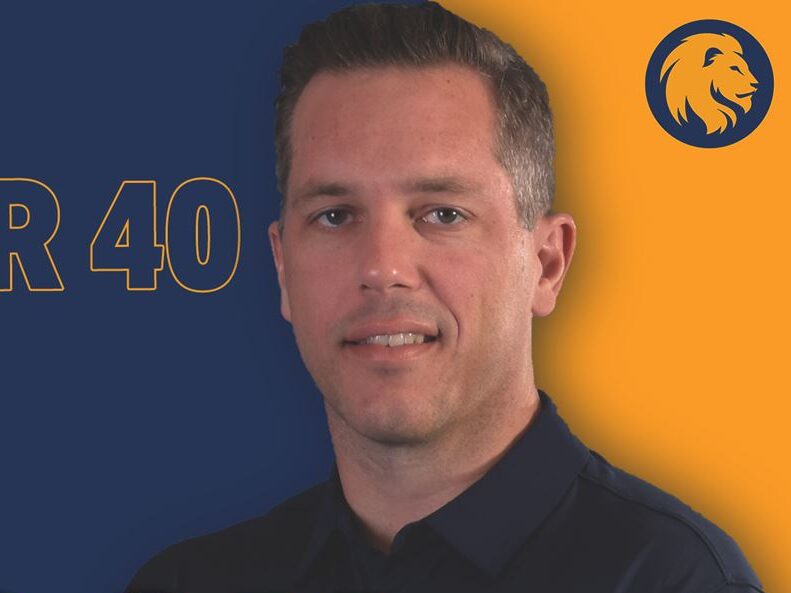 Texas A&M University-Commerce offensive coordinator and quarterbacks coach Billy Riebock has been named to the Dave Campbell’s Texas Football 40 Under 40 list and will be featured in the annual publication, which hits newsstands soon.

Riebock is entering his second competitive season and third year as the Lions’ offensive coordinator and quarterbacks coach, helping lead A&M-Commerce to the third round of the NCAA Division II playoffs, the Super Region Four finals, and an 11-3 overall record in 2019.

“Thank you to Dave Campbell’s Texas Football for such a tremendous honor,” said offensive coordinator Billy Riebock. “Thank you to our Lion Football players because without you this is not possible. I would also like to thank our coaching staff and administrators for all of your hard work and dedication. A special thank you to Coach Bailiff for your mentorship and daily example of elite servant leadership towards all who come in contact with our Lion Athletic program. Lion Nation, we will see you this fall in the ‘Merce!”

In the first season with Riebock as coordinator, the Lions ranked first in the Lone Star Conference and eighth nationally in completion percentage and third in the LSC in total offense. Offensive lineman Amon Simon was named to two All-American teams, two All-Region teams and was the LSC’s Offensive Lineman of the Year. Guard Deion Malone also earned All-Region and First Team All-LSC honors. Eight offensive players earned All-LSC recognition, representing every position group on the offense.

“It’s an incredible honor and achievement for Coach Riebock to be included on this 40 Under 40 list,” Lion head football coach David Bailiff said. “He’s a super coach, a super man, and it’s well deserved. He’s one of the hardest working guys in our program and very creative, and I’m excited for what is to come this season.”

Season tickets for the Lions’ 2021 season are available now, giving fans a chance to see Riebock’s offense in action six times at home and also at Globe Life Park in Arlington. For tickets, call 903.468.8756 or visit www.WeAreLionsTix.com.